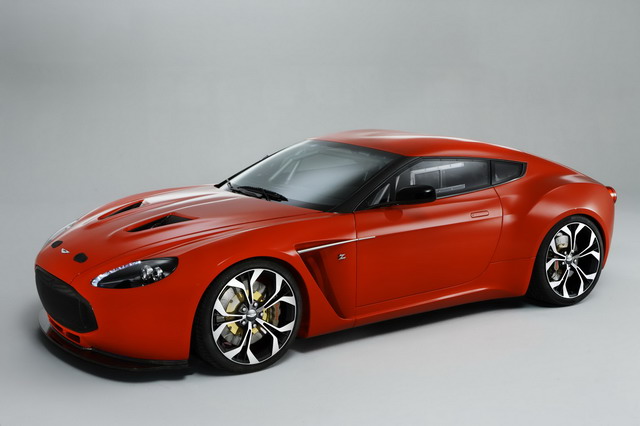 Reviving a collaboration which has produced some of the most beautiful and sought-after cars in the world, the partnership takes inspiration from the past, to create a modern descendent of classics such as the DB4GT Zagato, V8 Vantage Zagato and DB7 Zagato based on Aston Martin’s ultimate performance interpretation of the Vantage range: the V12 Vantage.

Dr Ulrich Bez, CEO of Aston Martin said: “The Zagato design language is a perfect complement to our design and engineering expertise. After 50 years of the two companies being associated with each other the partnership has produced some of the world’s most iconic cars.

“Of course, fifty years ago Italian design houses were widely seen as leading the way with new designs but now and supported by our independency, Aston Martin has its own in-house design ability so this new venture with Zagato is more collaborative than it perhaps would have been in the past.

“The task for us has been to create a concept that is a natural successor to those iconic cars that have gone before. Matching the technology of the age with the traditional skills vital to deliver such a bespoke and exclusive sports car will lead to a strictly limited run of road going V12 Zagatos.”

Work began in 2010 with initial meetings between Aston Martin and Zagato where sketches incorporating the design DNA of both companies were discussed and a decision was made to proceed with the project.

Director of Design, Marek Reichman added: “The Design team at Gaydon spent time refining the concept using a mixture of the latest computer based modelling techniques along with crafting traditional clay models to give a real world idea of proportion, stance and detail.”

"The V12 Zagato is an elegant yet brutal design which reflects the great balance between race performance and pure Aston Martin style. The original DB4GT Zagato was a true icon, powerful and graceful; the new design is a true representation of the spirit of DB4GT Zagato. The muscular organic forms define the thoroughbred nature of the car’s racing credentials."

Working alongside the initial design team was a dedicated group of Aston Martin engineers led by Chris Porritt - previously responsible for the engineering of the One-77. With the skills and knowledge gained from such specialised projects this team has worked to bring the unique design of the V12 Zagato to reality in a very short period of time.

Featuring a new handcrafted aluminium body, the V12 Zagato delivers a beautiful and  muscular design not possible using pre-formed panel techniques. Using the influences and skill of nearly 100 years of heritage in the craft, every aluminium panel was formed using an English wheel and traditionally crafted body bucks.  Each front wing alone comprises seven separate pieces of aluminium, combined and then hand finished to give one flowing form.  Another iconic Zagato design cue is the double bubble roof created in this case from five  separate pieces illustrating further the intensity of craftsmanship involved in the construction of the V12 Zagato.

Designed for the focused driver, the V12 Zagato has been honed with pure driving enjoyment in mind. The V12 Zagato combines Aston Martin’s most dynamic bonded aluminium platform with the power of the 6.0-litre V12 engine producing 510 bhp (380 kW / 517 PS), and 570 Nm (420 lb ft) of torque. 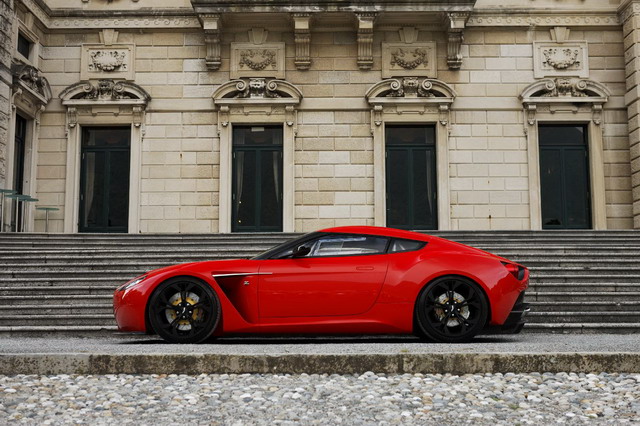 The V12 Vantage which forms the basis of the V12 Zagato has been proven on the race track as early as 2009 with a class win in its debut race at the 24 hour race at Nürburgring in close to production specification. In 2011 the car has gone on to form the basis of the new Aston Martin GT3 race car unveiled last month.

The first DB4GT Zagato shown to the public in late 1960 spent much of its life as a racing car after launch. Later perhaps the two most famous DB4GT Zagatos, registered ‘1 VEV’ and ‘2 VEV’ were raced with success by such names as Jim Clark and Roy Salvadori. The fascinating story of these cars and the nature of high performance and low weight which drove the Zagato projects gave the inspiration for the first two V12 Zagatos to be created as endurance race cars.

The racing debut of the V12 Zagato will be at the 53. ADAC ACAS H&R-Cup VLN round at the Nürburgring on 28th May with a view to two cars racing at the 24 hour race on 25/26 June.  The cars will be driven by an experienced driver team, led for the sixth year by Chief Executive Dr. Ulrich Bez.