“I thought it looked like something from another planet,” Munson said. “It looked like a concept car driving down the road. The Coupe definitely has a shock value…but in a good way.”

The CTS Coupe quickly has become one of the most-heralded new cars for the 2011 model year. It’s the most dramatic form yet in a Cadillac line that follows a theme described in design language as an archer’s bow pulled taut. 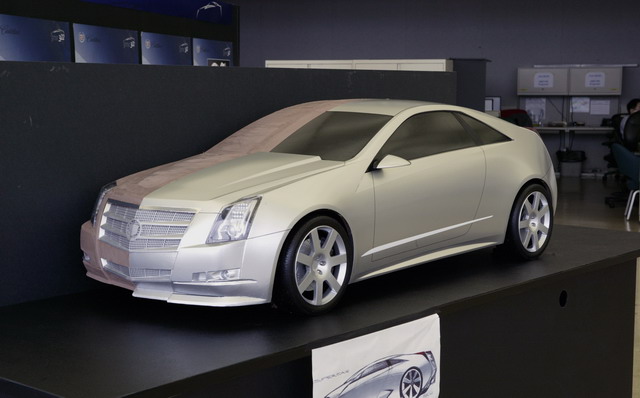 Road & Track described Cadillac’s new luxury sports coupe as “a head-turner on the scale of the Exorcist.” A New York Times review said the CTS Coupe “looks as if a stealth bomber just touched down in the neighborhood.” Popular Mechanics named the CTS Coupe one of the Top 10 Cars of 2011, and AutoWeek recently selected the high-performance version, CTS-V Coupe, as its Best of the Best Car for 2011.

The development of the CTS Coupe was a special project, said Munson, who began his career in GM design in the 1970s while attending what’s now Kettering University in Flint, Mich. For Munson and the Cadillac design team, the Coupe was as close to an unfiltered creative process as it gets. While early design sketches usually serve as inspiration for the final automobile, the original drawing of the CTS Coupe was followed almost as closely as a blueprint.

Munson first drew the lines that would become the CTS Coupe in 2004 as part of an exercise by Cadillac designers to describe the showroom of 2015. One evening at home, he sketched a two-door coupe that featured sharp angles, bulging wheels pushed to the corners and a fast, almost horizontal line from the roof to rear.

The coupe shape provided him the ability to focus on form, Munson said. Sedans and SUVs, by their nature, have more design constraints than coupes.

“Coupes are emotional,” Munson said. “They still have to function. You have to be able to drive down the road and carry groceries. You still need a back seat. But the emotional side weighs more heavily in a coupe than it does in a sedan.”

Mike Simcoe, then executive director of North America exterior design, saw the sketch hanging on the Cadillac studio wall and asked for a scale model of it as a side project. Paul Scicluna, a talented sculptor at GM, brought the sketch to life. Bob Lutz, then vice chairman of global development, and Ed Welburn, vice president of global design, saw the full-size clay model and insisted it be turned into a full-fledged automobile.

As the car moved from concept to production, Cadillac designers and engineers worked closely to preserve even the most minute details. The Coupe was not meant to be simply a two-door version of a sedan. The track was widened, roof lowered and length shortened to give the Coupe a more aggressive stance.

Engineers worked to ensure the dual-exhaust remained in the center, allowing the back fascia to be wrapped tightly at the corners. Special metal stamping techniques were developed to preserve the dramatic lines and angles of the original design. A group was created to figure out how to make the pointed tail-lights, putting a futuristic twist on the classic Cadillac tailfins. 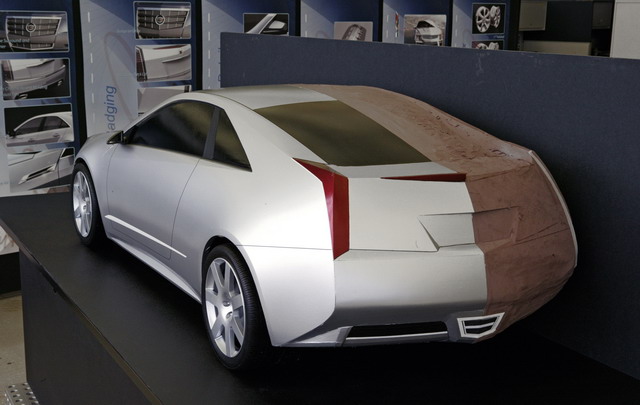 Munson said he’s pleased with the results. The Coupe’s design has helped it stand out in the crowd. A Wall Street Journal review described the Coupe as “wicked, cool, extralegal…the car Frank Gehry and ‘Batman’ animator Bruce Timm would design if their lives depended on it.”

“We always knew it would be a polarizing design,” Munson said. “Some people are going to love it. Some people are going to hate it. To me, you’re not doing your job unless you get that kind of reaction. There’s a lot of coupe and sedan designs that are understated. They’re not trying to be a ‘look at me’ kind of car. The Cadillac CTS Coupe is very much an in-your-face, you-can’t-help-but-notice car.”

The development of the CTS Coupe was driven by a group of people with a passion for automotive design, Munson said. At its core, the CTS Coupe is a designer’s dream car brought to life.

“As a designer, you try to get better with each design,” Munson said. “I’m definitely still pushing myself to do that, but I’ll be honest. After doing the CTS Coupe, it will be hard to top that design. If this is what I’m remembered for, that will be okay.” 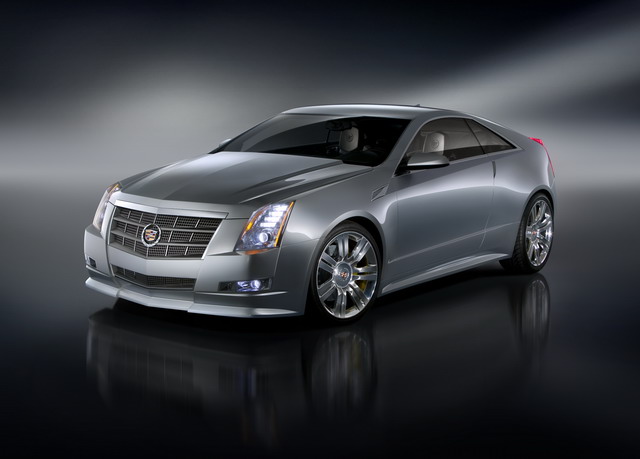 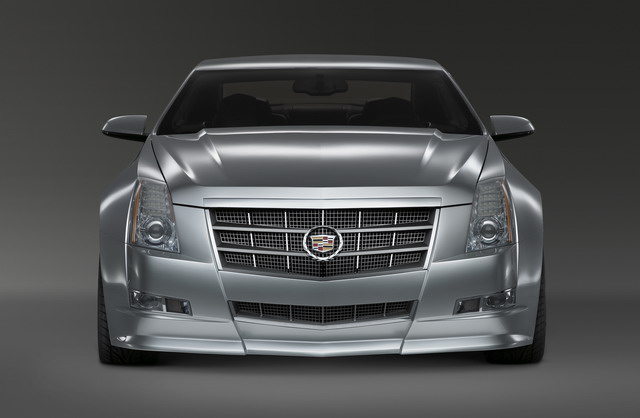