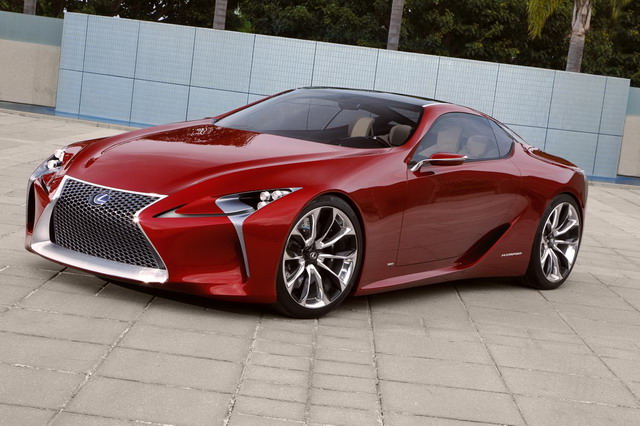 It is an excellent reward for the team at Lexus’s Calty studio inCalifornia, which created the 2+2 coupe. Their aim was to explore how a future redefinition of Lexus design might take a more emotive and avant garde approach and harness new and advanced technologies.

Elements of the new Lexus design language introduced in the new GS 450h can be witnessed in the concept, notably the strong interpretation of the “spindle” grille shape and the rear architecture.

Kevin Hunter, Calty President, said: “The LF-LC was a dream car to design and a true collaborative effort at Calty. It is an honour to have that work recognised by our peers and to receive the award.

Mark Templin, Lexus US Group Vice President and General Manager, said: “The LF-LC is a striking design and breathtaking in its beauty. The team at Lexus quickly fell in love with this concept vehicle and it’s rewarding to see that the industry agreed. Receiving the EyesOn Design Award is a great start to what promises to be a fantastic year for Lexus.”

The EyesOn Design Awards are judged by a group of world leading automotive designers and design academics, and are given in recognition of skills and creativity in different areas of design for both concept and production vehicles, including Aesthetics and Innovation, Concept Implementation, Functionailty and the Spirit of Industrial Design.