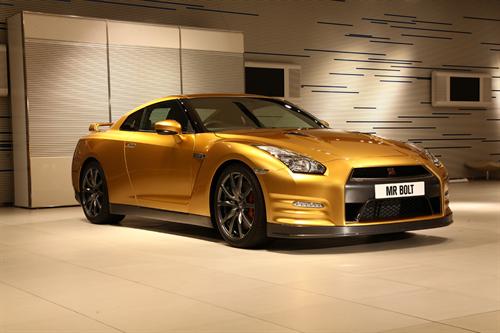 The unique GT-R, which is embossed with Bolt's signature and features interior fittings finished in real gold, will be auctioned on eBay later this month to benefit the Usain Bolt Foundation (http://usainbolt.com/foundation/). Proceeds will help the foundation's work creating opportunities for children and young people in the Olympic Champion's home of Jamaica.

As part of Bolt's partnership with Nissan, he will start work with Nissan product specialists on a limited-edition run of special GT-R models, which will be available throughout the world. Details of this project will be announced at a later stage.

The sprinter has already been celebrating his medal horde from the 2012 London Olympics by developing a special “Bolt GT-R” for his own personal use, after spending this week testing various GT-R models at Nissan’s proving ground near Oppama, Japan. Appointed Nissan’s new "Director of Excitement", Bolt said: "Racing is my inspiration, and I want to help Nissan become an even more exciting brand for everyone."

Toshiyuki Shiga, Chief Operating Officer, welcomed Bolt's endorsement and deepening ties with Nissan. "Nissan shares the spirit of excitement that captivated worldwide audiences at the Olympics. There is no-one better qualified than Usain Bolt to help us translate that spirit into great experiences," said Shiga. 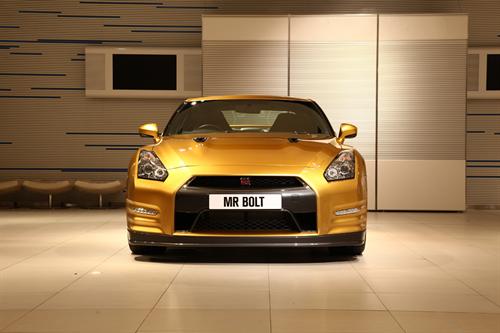 Bolt is expected to contribute further to Nissan's "WHAT IF_" global brand campaign. The campaign, featuring Nissan's iconic products and breakthrough technologies in billboards at airports around the world, forms part of the company's Power 88 mid-term business plan - aimed at capturing eight per cent market share and eight per cent operating margins.

To continue building brand momentum at Nissan, TV commercials featuring the Nissan LEAF electric vehicle, called "What if you could drive the future, today?", will also be aired via six major international TV networks starting this month. 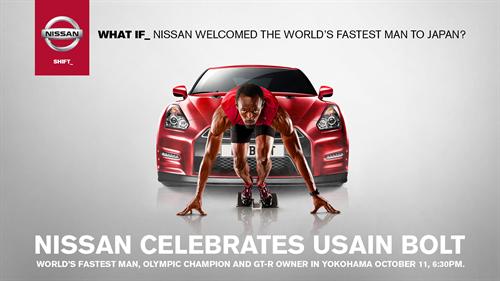