At the 1969 Geneva Auto Show, Maserati introduced the all-new Indy, designed by Vignale. The name Indy came from Wilbur Shaw's 1939 and 1940 back-to-back wins at the Indianapolis 500 in the Maserati 8CTF. Approximately 1044 cars were produced over a six-year period beginning in 1969. They're a genuine 2+2 with room enough for four adults to travel over long distances in comfort. Initial Indys were equipped with the 260 hp, four-cam V8 engine, carried over from the Mexico and Quattroporte I cars, with upgraded 42DCNF Weber carburetors and an all-new intake manifold. New heads were developed that featured one water passage per head. One large thermostat equals 42DCNF carburetors and late-style heads; two small thermostats indicate 38DCNL5 or 40DCNL5 Webers and early heads. Let's examine the first series. They were generally of 4.2-liters, without power steering and equipped with an S520, all-aluminum, ZF transmission. The second series Indy came equipped with an all-new dash layout with instruments laid out above the shifter in a row. Power steering was now standard as were other cosmetic improvements. Indy's strong points include a rating of excellent in-body construction. In the MIE workshop, we have worked on no less than 25 Indys, and in each case we have noticed a very high degree of assembly quality. The fit and finish is decisively better than other Maseratis. In fact, if I had to say which car was built the best, I would have to give the Indy the nudge. The detail level is phenomenal. The Indy is a very nice car to drive in that its seating position is unlike any other. The hood line is very low, and you have an excellent command of the road. When equipped with the 4.7- and 4.9-liter variants, the Indy can produce some blood-rushing excitement. Compared with the Ghibli, the Indy is a bargain. Any Indy in good condition would be a fun car to own. There are no real vices, except for rust and previous poor maintenance. 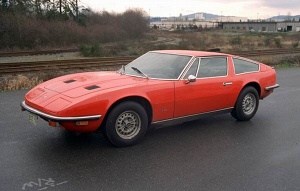 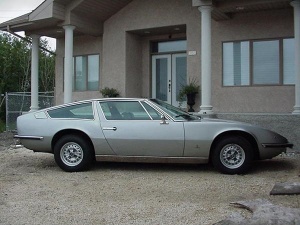 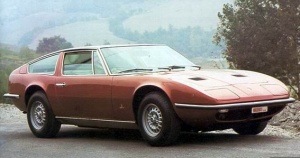 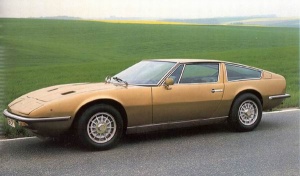 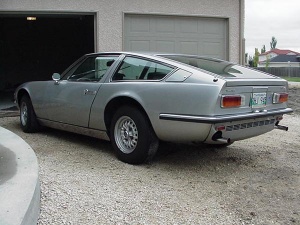