Proceeds benefit the College for Creative Studies in Detroit, Habitat for Humanity Detroit, the American Heart Association, the Guy Fieri Foundation for Inspiration and Imagination and the Achilles Freedom Team of Wounded Veterans.

The all-new Corvette Stingray – Vehicle Identification Number ending in 0001 – sold Saturday to businessman and NASCAR team owner Rick Hendrick for $1.05 million (£664,000) just days after the Stingray’s world debut preceding the North American International Auto Show. The money will go the College for Creative Studies, one of the world’s premier institutions for industrial and transportation design. Corvette goes on sale later this year.

Earlier, an autographed press kit for the Corvette – numbered No. 1 of 2014 – sold on eBay for $4,300 (£2,700) to the Bowling Green, Ky. Chamber of Commerce; proceeds benefit the American Cancer Society. The Corvette is built in Bowling Green.

Four other unique Chevys got bidders rolling at Barrett-Jackson, including: 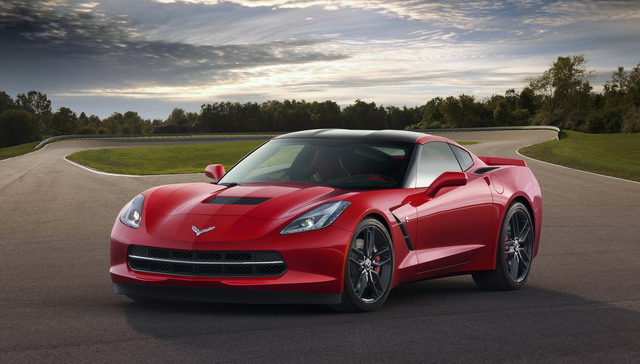