Camaro Z/28.R Sends Historic Name Back to the Track

The Chevrolet Camaro Z/28 returns to its racing roots this week when the all-new Camaro Z/28.R race car debuts in a 2.5-hour endurance race ahead of the 52nd Rolex 24 At Daytona. It will be one of the most production-based competitors on the track, sharing aero, engine and even axle components with the new 2014 Camaro Z/28. 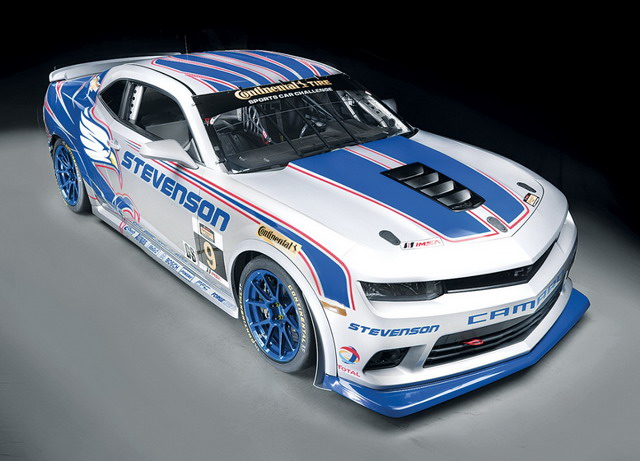 Stevenson Motorsports and CKS Autosport will campaign Z/28.R race cars in the GS class of the IMSA Continental Tires SportsCar Challenge. The Daytona race begins at 1:45 p.m. EST, on Friday, Jan. 24, kicking off the 12-race 2014 season.

“The original Camaro Z/28 was designed for racing and became an iconic performance car through its hard-fought victories,” said Mark Kent, director of racing for Chevrolet. “A new chapter in racing begins this week, as the new Camaro Z/28 makes its competition debut in one of the most hotly contested series in motorsports.”

Developed alongside its production counterpart, the Z/28.R  incorporates the same performance elements that make the 2014 Camaro Z/28 the most track-capable Camaro ever. To enhance grip, for example, the Z/28.R’s body shares the same downforce-generating aero package as the production model, including:

The Z/28.R is also powered by the same LS7 7.0L V-8 engine as the production Z/28 and employs the unique, helical-gear limited-slip rear differential found on the production model. It is standard in the Z/28, helping the driver put down more power to the pavement when exiting corners.

“Apart from series-mandated equipment and the specialized suspension components needed for endurance racing, the Z/28.R is as close to a production-spec race car as you’ll find,” said Kent. 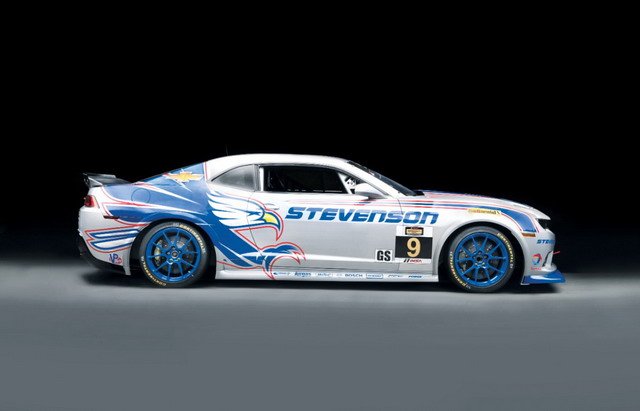 As Stevenson Motorsports and CKS Autosport kick off a full season of racing in the IMSA Continental Tire SportsCar Challenge with their new Camaro Z/28.R race cars, they’ll advance the legacy of Camaro endurance racing that dates to the original Z/28’s 1967 introduction, when it was developed for the Trans-Am series. More recently, the Camaro GS.R won six races from 2011 to 2013 in the Continental SportsCar Series Grand Sport class, helping Chevrolet achieve a runner-up finish in the GS championship last season.

“The new Camaro Z/28.R is a significant advancement from the GS.R that won multiple races in the Continental Tire SportsCar Challenge the last three years,” said Lisa Talarico, Chevrolet program manager for the Continental Tire series. “We expect the new engine package, suspension components and aerodynamic improvements to help our teams to further successes in the 2014 GS class. The GS class is full of great competitors, and we believe the performance level of the new Z/28.R will provide us the opportunity to contend for a championship.”