A True Professional – The Ford Capri At Forty

A True Professional – The Ford Capri At Forty

The Ford car designed for the young at heart is refusing to grow old gracefully as the Ford Capri celebrates its 40th anniversary.

Although production ended in 1986, Capri lives on within many owners' clubs who will be celebrating the anniversary with events planned from Scotland to the South West.  Fans are getting together at Castle Combe, Wiltshire (6 June), Grampian Transport Museum, Alford, Aberdeenshire (30 August), Ace Café in London (5 September) and Brooklands Museum, Surrey (26 September). Launched in January 1969 and marketed as "the car you always promised yourself", the Ford Capri was unashamedly aimed at a style-conscious generation.  In just 18 years the European answer to the Ford Mustang sold nearly two million units and achieved iconic status with its target audience. 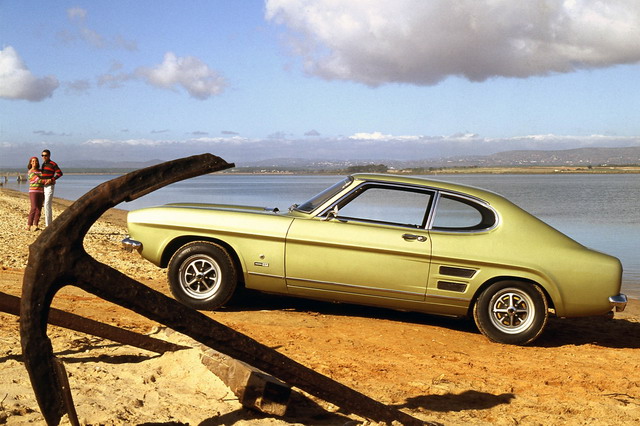 From the outset the Capri was about choice, with a range boasting 26 derivatives. A mixture of engines – 1.3-, 1.6- and 2.0-litre four-cylinder units and a 3-litre V6 – catered for all tastes, while optional custom packs allowed a degree of personal customising that broke new ground in the industry. For the serious drivers there was the Cologne-built RS2600 and the short-lived Halewood-built 124mph RS3100. A global oil crisis failed to slow the Capri's progress and in 1974 the Mk II was launched.  Smoother design lines and simplified option packs ensured the Capri appealed to a wider market. Star status was assured with regular Capri appearances in TV shows such as Minder and The Professionals.

From 1978, the Mk III saw a tidying up of the Capri body and several special editions such as the Calypso and Laser. In 1981 Dunton's newly-formed Special Vehicle Engineering department unveiled their first project, the 160bhp Capri 2.8 injection.  The limited edition Capri 280, also known as the Brooklands Capri, signalled the end of the Capri era and the last car left the line in December 1986.

While the Capri is not the biggest seller in Ford history it is evident from the devoted fan base that it is certainly one of the most fondly remembered.