Lancia Granturismo Stilnovo To wed two very different motoring concepts that were until recently believed to be irreconcilable: the practicality and flexibility of a conventional saloon, on the one hand, and the high performance of an out-and-out sports coupé on the other. This is the new frontier in the field of motoring design. The Lancia Style Centre took up the challenge with alacrity and has given us two ideas that beat anything else on offer in the world. First came the Lancia Granturismo, a prototype created through a joint venture between the Lancia Style Centre, Studio Carcerano and Carrozzeria Maggiora. Today it's the turn of the Granturismo Stilnovo, a concept car of huge stylistic appeal. It is essentially a living test ground for the shapes and styling cues of future Lancias. More specifically, this car solves the knotty problem of blending maximum practicality with exhilarating performance on a medium-segment car while accentuating a design of great visual impact and dynamism. The Granturismo Stilnovo is a heady blend of pure Lancia values, where the most sophisticated engineering is always subservient to design. The Granturismo Stilnovo represents a meeting point between a quest for good looks, IT and virtual technology. It reveals the sculpted quality of many models from the Fifties and Sixties and expresses distinctive Brand motifs. Last but not least, the prototype is also inspired by an architectural form known as HPE (High Performance Estate), a renowned name in the Sixties. The car measures 4236 mm in length, 1828 in width and 1465 in height and its pure, essential shape is the quintessential embodiment of the 'less is more' approach. The result is an exquisite work of sculpture that features dynamic interplay between masses and well-proportioned volumes. This stylistic approach, part of the Lancia tradition, has been given new impetus since the introduction of the Thesis flagship. The general layout of the Granturismo Stilnovo is underpinned by the twin ideas of a virtual glasshouse combined with a potent, dynamic vehicle body. Two sturdy sides give the car absolute unity of design and apparently enfold it in an embrace. This distinctive motif, already seen on the Granturismo and the new Ypsilon, is destined to reappear on future models in the Lancia range. Other memorable aspects include the sculpted quality of the car surfaces and subtle retro references to classic Lancia motifs. The typically Italian shapes are consistent with the poetry of form expressed by the Lancia Style Centre in recent years with the specific intent of imbuing a new product generation with the authentic Lancia spirit. The Granturismo Stilnovo thus features prominent, sturdy wings, a top-quality grille separated from hi-tech headlights, a glazed roof and tall tail-lights: this is the leit-motif of new Lancia style. The most prominent conceptual aspects include: a structural pillar arch, almost like a flying bridge soaring up into the air (in homage to Pier Luigi Nervi and Santiago Calatrava); a sturdy trapezoid pillar at the rear that joins the waistline to support the car visually like an aeronautical rudder. The Granturismo Stilnovo is thus a tangible expression of tradition and innovation, sportiness and elegance, emotion and practicality. In other words, a blend of apparent opposites that find a balance in this concept car due to the long tradition of form and content encoded in the Lancia DNA. In the same way, the interior of the Granturismo Stilnovo is designed as a proving ground for the car's looks and practical features. The passenger compartment itself is built to meet contemporary lifestyle demands for luxury, multifunctionality and discreet driving satisfaction. Examples include a windscreen positioned far forward and a long ceiling that offers more interior space than usual in a car of this size. 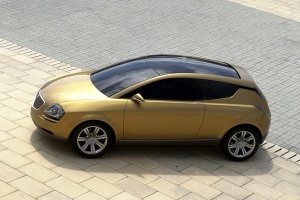 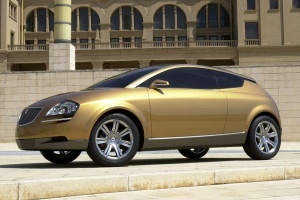 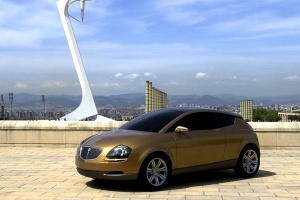 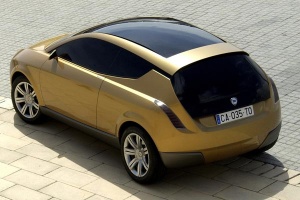 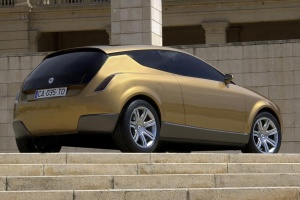