MONARO – A PSYCHEDELIC SIXTIES ICON • Original Holden Monaro debuted in 1968 • The first all-Australian sports car • A benchmark design Set against a backdrop of 2001: A Space Odyssey and to a soundtrack of Voodoo Child by Jimi Hendrix, the original Holden Monaro roared on to the scene in 1968. Achingly cool, Monaro was the first ever sports car to be built entirely in Australia for the Australian market. The product of a nascent Holden design studio, Monaro was influenced directly by the trends of America. Not surprisingly it was semi-modelled on an American design, the Oldsmobile Toronado coupe – itself a hugely influential car. Monaro took its roofline, rear pillars and rear wheel arch blisters from the spectacular Toronado, mixed them with Holden’s own design cues and worked it all into a spectacular coupe, designed for the maximum ‘wow’ factor. Looking and feeling like the muscle cars on which it was based, the 1968 Monaro featured a wide, gaping grille, leading into broad, powerful flanks. At the back there was an almost constant slope from its rear window to its boot lid. Sleek and suave, Monaro was the epitome of cool. Under the wide and imposing bonnet the all-Australian coupe offered no fewer than 19 engine and transmission combinations, destined to give the kind of raw performance such a monumental design deserved. Entered into the Sandown 3-hour race and the Hardie Ferodo 500 at Bathurst, Monaro became a formidable force in Enduro racing, collecting a one-two-three finish at Bathurst and a one-two victory at Sandown in its debut year. With such a pedigree, Monaro easily and quickly lured customers from every part of the spectrum, each one seduced by its striking looks and enormous presence. Its success was set to continue for the following 11 years through changes in design, tweaks in its set-up, lurid paint finishes and continued racing glories. However, 1979 was the last year that the Monaro name was used. Stifled by strict anti-pollution legislation in 1976, V8-powered cars began to fall from favour, leading to the all-Australian sports car’s demise in the late ’70s. However, although Monaros had disappeared from Australia’s roads, they hadn’t disappeared from the Australian psyche. Those too young even to dream of owning a Monaro first time round, still hankered after the ultimate Australian sports car, and with the unveiling of the Holden Concept Coupe in 1998 at the Sydney Motor Show it seemed their dreams would come to fruition. Incredibly, the designer, Michael Simcoe, and his team had worked on the concept in complete secret for months beforehand – after hours and at weekends – to create the car, persuading the head of engineering to cover all costs. Even more incredibly, Holden boss Jim Wiemels only found out about the concept’s existence three weeks before the Sydney Show, but after seeing it was determined to have it on the stand. Based on the lines of the Holden VT Commodore, the Concept Coupe received rapturous applause at the Sydney Show. It caught everyone’s imagination and went on to become the next generation Monaro just 22 months after its Motor Show debut. The legend had been reborn. From its inception to its current incarnation Monaro represents the pinnacle of style and performance; never before or since has a car had such an enormous impact on the Australian people. Small wonder then, that it has icon status in its homeland, and is loved world wide. 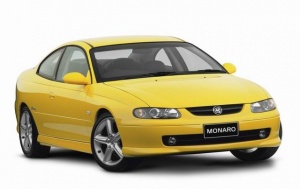 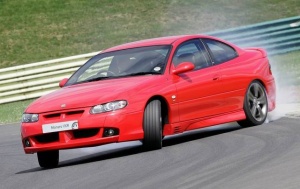 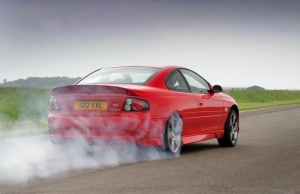 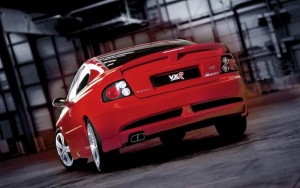 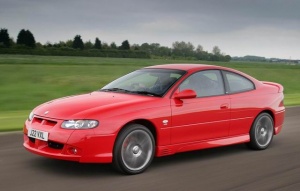 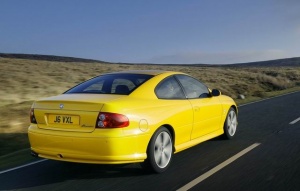 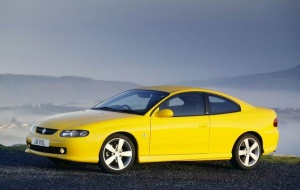 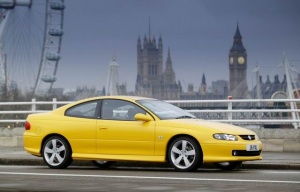 No one ever accused the Monaro of lacking brawn, but that hasn’t stopped Vauxhall sending its muscle car for a thorough workout. After its strict training programme, the Australian-built super coupe has finally emerged looking meaner than ever.