The replacement for the 5000 GT 2+2 (after 32 cars) came in the form of the Mexico. The Mexico name was given after a famous customer of Maserati crashed his 5000 GT and had it repaired and restored in Italy. The car went back to Mexico with the original chassis number (to save taxes) but had a Mexico body. The Mexico was a luxurious 2+2, designed by Vignale and introduced at the 1966 Turin Auto Show. A combined total of 483 Mexicos were produced. The Mexico was initially equipped with a 4.2-liter V8, driving through a ZF transmission, and live rear axle. The interior was fitted with a beautiful wood dash and window trim. The lovely Connolly leather interior featured thick Wilton wool carpets, and all cars were air conditioned. Later Mexicos were fitted with 4.7-liter engines. There was also one produced with 4.9-liter engine, and strangely one was special ordered with a 3.7 Liter straight six cylinder. Power steering was an option (an important one); if you can find one with power steering you are better off. Although standard steering cars can be a little bit heavy in parking situations, on balance they have good road feel and offer simplicity. Conservative in styling, even by today's standards, the Mexico has a large greenhouse and is well proportioned. The rear seats are large and can actually accommodate two adults in relative comfort over long distances, unlike most 2+2 cars. In fact, the factory described the Mexico as a"4-posti" car. On the collectibility scale, the Mexico falls somewhere between the four-door Quattroporte and the Indy. Four-place cars just don't have the collectibility of the two-seaters or the spyders. However, the Mexico can be a lot of fun to own and drive with a front-end cost of half what you would expect to pay for the same condition two-seater 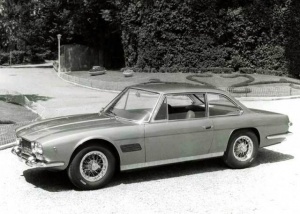 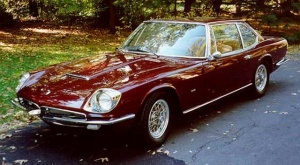 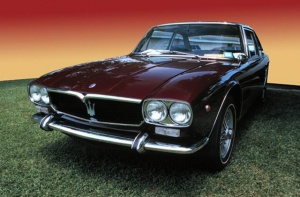 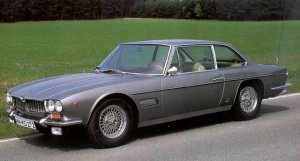