First shown as a prototype at the Turin Motorshow of 1966, the Mangusta entered production in the following year. Numerous small changes were made between the prototype and the first production cars, further detail changes being introduced after the first few cars had been produced. Despite this, no significant changes were made to the Mangusta during its just over four years of production. The only variants produced were the European and US models, the latter using a 5-litre engine and having single round partly pop-up headlights, as opposed to the former which used a 4.8-litre engine and had fixed twin lights (as seen in the illustrations on this page) A mid-engined rear wheel drive two seater, the Mangusta was really a thinly disguised racing car. Powered by a 4.8-litre (5-litre in the US) Ford V8 (with iron cylinder heads and block) with 305bhp driving through a five speed ZF transmission, it had independent suspension and disc brakes all round. The steel backbone chassis was clothed in a steel and aluminium (for the hinged panels) body designed by Giugiaro, at Ghia at that time. With its race track pedigree, the interior was rather basic, for example no adjustment of the seat or controls is possible, although air-conditioning and electric windows were available as options. 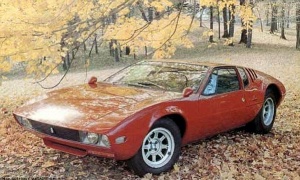 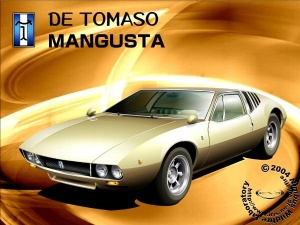 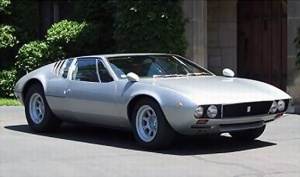