The Nissan Silvia made it's debut in 1964 at the Tokyo Motor Show. The original Silvia was a light, attractive personal sports coupe. The original Silvia is a rare car, as only around 500 were made. The Silvia returned in 1974 with the S10, the first of the numbering system which remains today. The car was a competitor to contemporaries such as the Toyota Celica. The S110 was released in the late 1970s in hatchback (180SX) and coupe forms, under two names - Silvia and Gazelle. This model was sold in the United States as the Nissan 200SX. The S12 was available in a variety of engines with 2.0 liter fours for Japan and CA18-series engines for most export markets, except the US, which received a 2.0 liter V6 for its 200SX. The most dramatic change occurred in 1988 for the 1989 model year, with the introduction of the S13, an ultra-modern sports car that made the ageing 300ZX look something of a dinosaur. Two models were available, the 180SX hatchback and the Silvia coupe. The 180SX had popup headlamps and the coupe solid state, except for the US market, where both models got popup headlights. The US designation for both models was "240SX" as the car was powered by the torquey KA24DE engine, a 2.4 liter normally aspirated four. Most other markets received the CA18DET engine, a 1.8 liter turbocharged four. Later, the Japanese market received the new SR20DET, a 2.0 liter turbo of legendary capability. In 1994, the S14 replaced the S13 with a coupe-only body style. SR20DE and SR20DET models were available (Q's and K's) in Japan, most other markets getting the SR20DET only, while the US continued to get the 2.4 litre non-turbo engine. The 180SX was so popular however that it continued to be manufactured. A minor stylistic update was released in 1997 dubbed the S14a, giving the car a somewhat meaner appearance with slanted headlamps and revised badging. The headlight appearance could be considered to be transitional to the S15 model, which looked somewhat similar. Changes aside, the car was not very popular in many markets, except Japan, and in 1998 was withdrawn from sale in the US. The car continued to be sold throughout 1999 and 2000 in European markets. In 1999 the S14a was replaced in Japan and New Zealand by the S15. Available as a 2-door coupe only, the S15 could be had in Spec-S or Spec-R versions, with SR20DE (n/a, 165hp) or SR20DET (turbocharged, 250hp) engines respectively. With suspension and braking systems lifted from the R33 Skyline, and the newest version of a mighty engine, the S15 achieved blistering performance, accelerating to 60mph in as little as 5.5 seconds, handling with poise and braking with confidence. The sad irony is that the car the US market really needed was too late to save it. In 2001 the S15 was released in Australia, extensively modified for local conditions. The car was available in two trim levels, Spec-S and Spec-R, both with the same 200hp SR20DET of the S14a, a massive disappointment to car buyers. The stylish steering wheel, rear windshield wiper and A-pillar mounted boost gauge were also deleted. Nonetheless, the car was still a performer, enough to pick up such accolades as Australian Motor Magazine's Performance Car of the Year, 2001. Information sourced from http://www.bengoodger.com 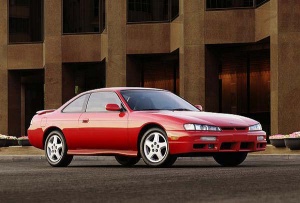 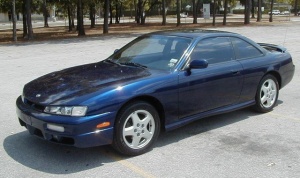