The Ghibli, named after a hot desert wind that blows across the Sahara desert, was first introduced at the 1966 Turin Auto Show where it created a sensation. Penned by the young maestro Giorgetto Giugiaro while still at Ghia, the Ghibli is perhaps the most famous of all Maserati GT cars. And, it is certainly the most successful and collectible. A genuine two-seat sports car with a long hood and low roof-line profile, the Ghibli strikes an aggressive, yet elegant pose. Because of the low profile of the hood, that beautiful 4.7-liter engine that had been fitted to the Quattroportes and Mexicos was now re-engineered to accept a dry-sump oiling system to reduce the overall height of the engine. To accommodate the 13+ quarts of oil, an external oil tank was mounted in the front of the engine and was fed by two hoses. First series Ghiblis were equipped with 4.7-liter engines fed by four 40DCNL5 carburetors. The power was transmitted through the German-built ZF S5 325 transmission and on to a Salisbury live rear axle, with multiple ratios being offered. Early cars were also equipped with Smith instruments, manual steering, radiator cooling fans mounted in front of the radiator, toggle-type accessory switches, and a dual Girling booster braking system. The second series cars got improvements such as tilt and telescopic steering wheel, a new induction system featuring 42DCNF Weber carburetors, a more advanced cooling system with a single thermostat, a Bonaldi power brake booster, as opposed to the two Girling brake boosters, and, on some cars, we find the 4.9-liter SS engine option. The 4.7-liter blocks were stamped with one S and the 4.9-liter engines were stamped with two Ss. It's simply a quick and easy visual mark to ascertain the size of the engine, as that information is not always available in the chassis number except where the numeral 4.9 is inserted. The only difference between an "SS" car and a non-"SS" car is that 2/10ths of a liter. An inspection of the engine serial number will clearly reveal whether it is a 4.9-liter SS or not. Mechanically the Ghibli is bullet proof, with the exception of the dry-sump oiling system. Its reservoir contains screens that filter the oil. These can clog over time, resulting in oil starvation to the engine. Relatively simple diagnosis can be performed by just accelerating in the car. If upon acceleration you see a fluctuation of oil pressure, or the oil pressure needle drops back, that is a sure indication that the engine is being oil-starved. The solution is not an expensive one; simply remove the oil reservoir canister and phone MIE for instructions. Over the period from 1967 through 1974, approximately 1100 Ghibli coupes were built. Of those 1100, some 200-270 of them were SS cars, equipped with 4.9-liter engines. 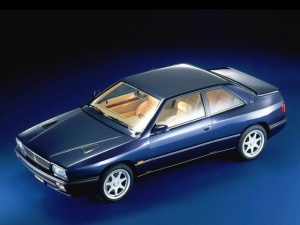 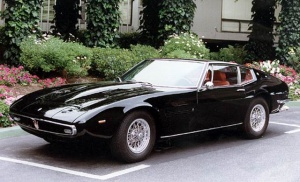 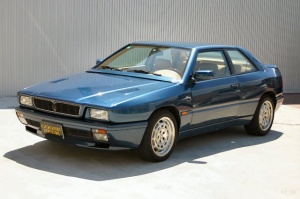 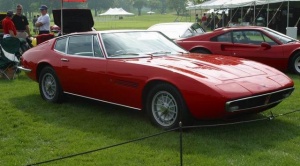 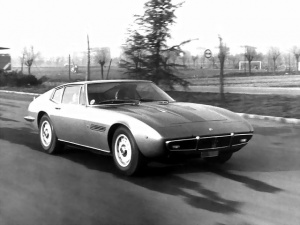