First shown at the 1972 Turin Auto Show, the Khamsin was a marvelous creation from the house of Bertone, and was the first front engine GT car to be developed entirely by the Citroen management. Penned by Marcello Gandini in the prime of his career, the Khamsin remains as beautiful today as it was 28 years ago when it was first conceived. Commonly referred to as "the last great Maserati GT car," the Khamsin represents the total accumulation of Maserati knowledge up to the point of its creation. By supercar standards, it is absolutely brilliant. It's equipped with the Citroen-patented hydraulic circuitry which controls not only the brakes, but the headlight buckets, the seat position, the power steering and the clutch. For example, the clutch is not only hydraulically actuated, but it is hydraulically assisted, just enough to give you good pedal feel. The incredible power steering will turn the car in a circle tighter than a car half its size and , upon reaching speeds of 50-60 mph, a governor-hardener, driven off the rear half shafts, firms the steering up so it has a non-power steering feel. It's just exactly what you would want at any speed between 60-150 mph. The Khamsin was obviously developed to replace the Ghibli. It is as if you took thirty guys and gave them a Ghibli and said, "let's hot-rod this Ghibli any way we can." What they produced used the 4.9-liter SS engine, the big ZF S5-24-3 transmission driving through an independent rear suspension - which in itself is a marvelous work of art. Consider this: the rear suspension is incorporated into its own rear sub-frame; this sub-frame is mounted on rubber bushings that attach to the body, creating somewhat of a buffer for road noise. Not only does it have large inboard rear disc brakes, but four coil-over shock absorbers, unequal length A-arms and an anti-roll bar. Over the period 1972 - 1982, approximately 450 Khamsins were built. Collectible? Very much so. A Khamsin will really turn people's heads wherever it appears. 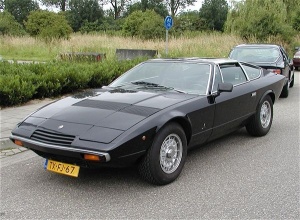 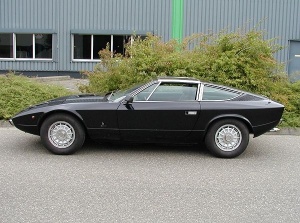 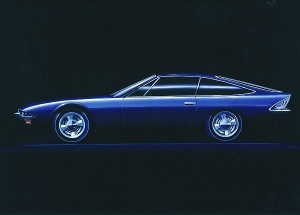 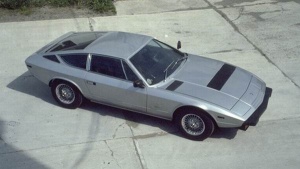 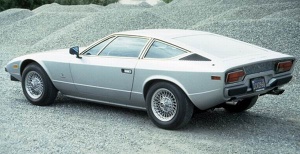 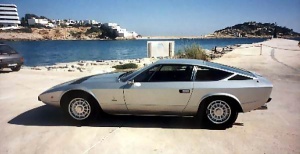